Japanese cherry blossoms are a nostalgic symbol for Japanese Americans, especially those who now call Hawai‘i their home. In Japan, during sakura season, people come from all over the world to see the sakura blossoms in full bloom. Families enjoy picnics while relaxing under the branches of the sakura, soaking in the beauty of the pink blossoms. In the United States, sakura trees can be found along the Tidal Basin in Washington, D.C., where thousands of visitors and residents gather between March and April each year. That idea is what the organizers of the Hawaii Sakura Foundation wish to create in Hawaii. 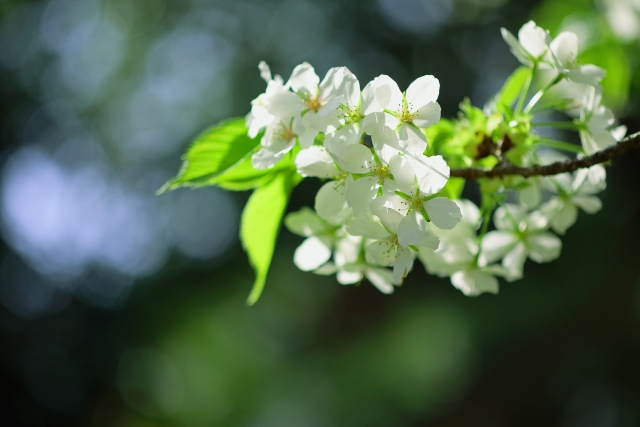 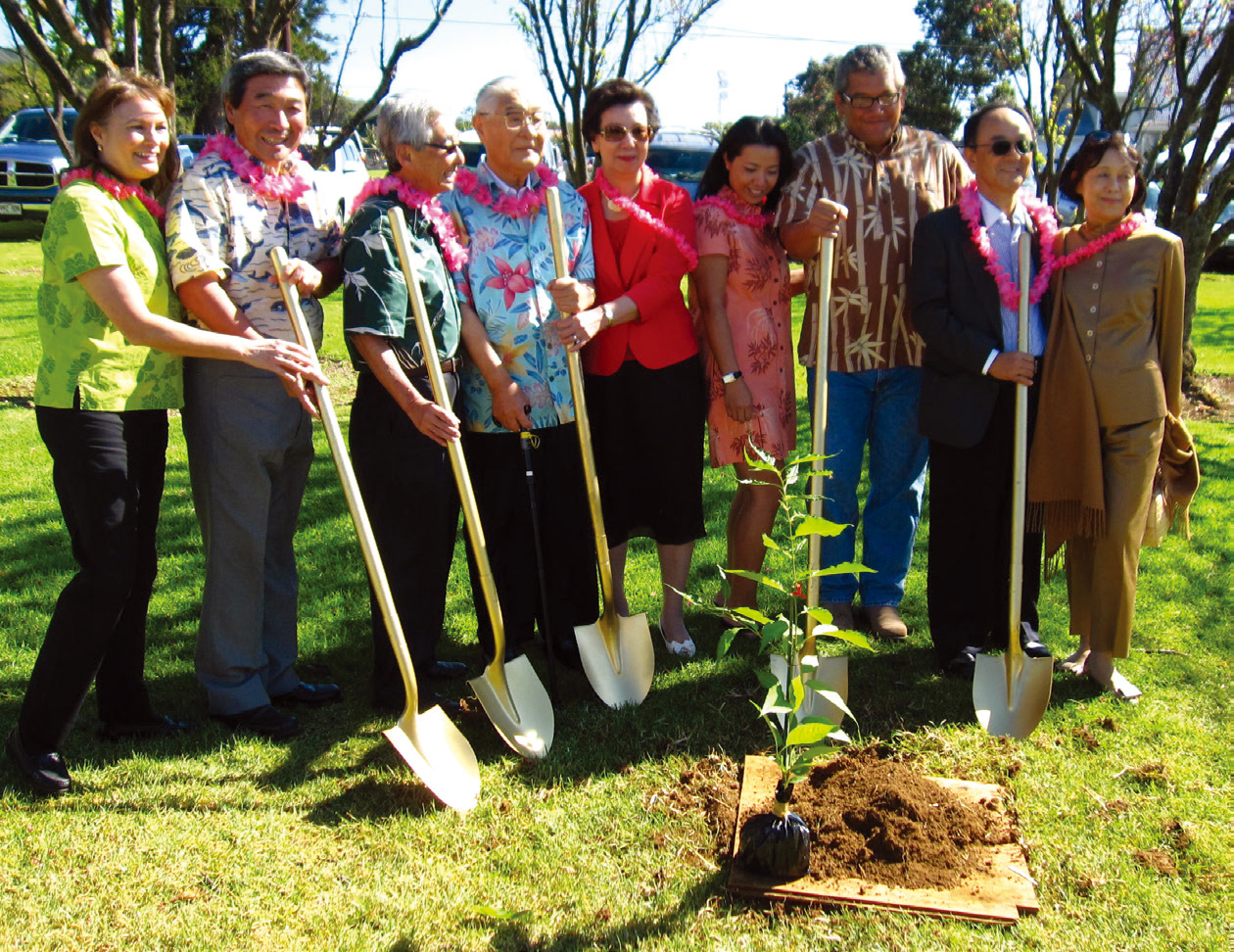 How Sakura Made Its Way to the United States

The tree, which is widespread throughout Japan, made its way to the United States in 1912. In 1908, David Fairchild, director of the U.S. Department of Agriculture’s Section of Seed and Plant Introduction, publicly promoted the idea of bringing Japanese cherry blossom trees to Washington, D.C. Eliza Skidmore, a travel writer and the first female board member of National Geographic magazine, assisted him. First Lady Helen Taft, wife of 27th U.S. President William Howard Taft, endorsed the effort. Mrs. Taft had long wanted to beautify Washington, D.C.’s Tidal Basin area. In Japan, Dr. Jokichi Takamine, a chemist, worked with Tokyo Mayor Yukio Ozaki in coordinating the first gift of trees.
In 1910, 2,000 saplings were shipped to Washington. However, they were infested with various pests, so the saplings had to be destroyed.
In 1912, varieties of the Somei Yoshino tree passed USDA inspection and were shipped to the U.S. Mrs. Taft and Viscountess Iwa Chinda, wife of Japan’s ambassador to the U.S., planted the first two trees along the north bank of the Tidal Basin. The U.S. returned the gesture by sending dogwood trees to Japan in 1915.
The year 2012 marked the centennial anniversary of the Japan-U.S. cherry blossom gift, which today symbolizes the friendship between the two countries. On the centennial anniversary, H.E. Ichiro Fujisaki, then-Japanese Ambassador to the United States, proposed and led the movement to plant more Japanese sakura in more states, thus launching a nationwide sakura planting initiative to bring more cherry trees to other parts of the U.S.

A year before the centennial, efforts began to find a variety of sakura tree that could adapt to Hawai‘i’s warm, tropical climate. The project attracted the interest of then-Consul General of Japan Yoshihiko Kamo, who asked botanist Dr. Tetsuo Koyama to select Japanese flowering cherry varieties for Hawai‘i. Dr. Koyama was the director-general of the Köchi Makino Botanical Garden in Köchi Prefecture and an honorary research associate advisor to the Bishop Museum. He was also the former senior curator at the New York Botanical Garden.
It was a daunting, but not impossible, task to find genuine Japanese flowering cherry trees that would bloom in subtropical Hawai‘i. Dr. Koyama developed a plan to select Japanese flowering cherry varieties growing in the southern and southwestern most parts of their distributional range and to plant them in the coldest areas of Hawai‘i. He selected two species of Japanese flowering cherries: The first was Cerasus speciosa, or Oshima Zakura, which is a wild and strong species from Hachijö Island, a volcanic subtropical island located south of Tökyö Prefecture. The other was Cerasus jamasakura Cv. sendaiya, which grows in the warm region of Köchi. While there are hundreds of varieties of flowering cherry trees, the Oshima Zakura is one of the most famous. “It is hardy for volcanic soil, the flowers are very beautiful and smells good, and the leaves smell good, too,” says Koyama.
Koyama asked a horticulturalist from the Makino Botanical Garden to collect seeds from the Hachijö Island and Köchi trees. However, the U.S. Department of Agriculture had strict regulations against the importation of cherry seeds. Koyama said the fruit cherry industry is so important to the West Coast that the introduction of other species of cherry trees is banned.

“Thanks to a collaboration with former Gov. Neil Abercrombie and Mr. Russell Kokubun, former director of the Hawai‘i State Department of Agriculture, we obtained a special permit of importing cherry seeds for this particular purpose, only for this time,” Koyama said.
The seeds arrived in Hawai‘i in “good shape.” The Department of Agriculture and the Waimea nursery of the state Department of Land and Natural Resources began germinating the seeds in a controlled environment, growing them into some 500 young trees.
In February 2012, the five healthiest plants were planted at the Japanese Flowering Cherry Planting Ceremony at the Cherry Blossom Heritage Festival in Waimea on the Big Island. A few trees were also planted in residential yards in Mänoa and Wahiawä. After four years, the Waimea and Wahiawä trees bloomed.
“It’s a good sign. Now that we know some of trees will bloom in Hawai‘i, we can begin the selective process to find flowering trees,” Koyama said. All the blooming trees came from Hachijö Island. The Köchi trees have yet to bloom, but Koyama is optimistic that they will.
Update: A third cultivar of Japanese flowering sakura was found on the island of Kumeshima in Okinawa where subtropical climate prevails.

Although the variety has not yet been introduced to Hawai‘i, it is expected to grow easily in the lowland areas of the Hawaiian Islands.
According to Koyama, the ideal environment for cherry trees is cold weather and four distinct seasons, like that of Japan. “The tree develops a special tissue that goes into the flowers under very low temperatures. Hawai‘i’s four seasons are not as extreme, but it should be OK,” he said.
Rainfall is also important, so Koyama has been studying the climate of Waimea and Wahiawä and created a climograph to help determine potential locations.

The next step is to find places in the actual environment to plant the trees so that the selection process can continue. “Some trees may bear flowers, some may not,” says Koyama. “Those that bear flowers are accustomed to this type of weather. We will keep those and throw away the rest of the non- flowering trees, then try to propagate those [flowering trees] to make as many trees as possible,” he said.
Koyama would like the process to begin as soon as possible because the trees, now three to five years old, are getting bigger. Transporting them to different parts of the island or state will likely become more difficult as the trees grow bigger. 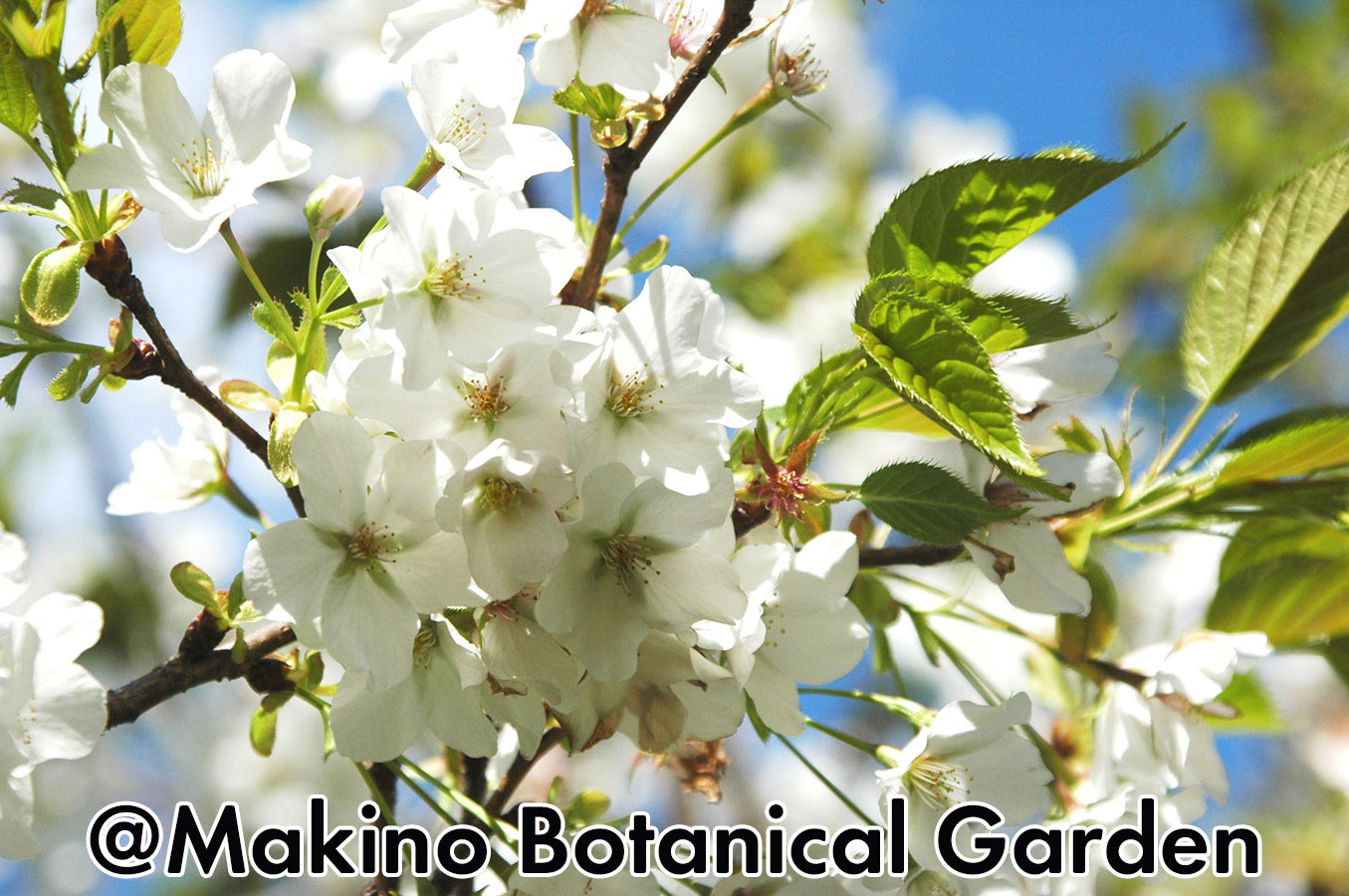 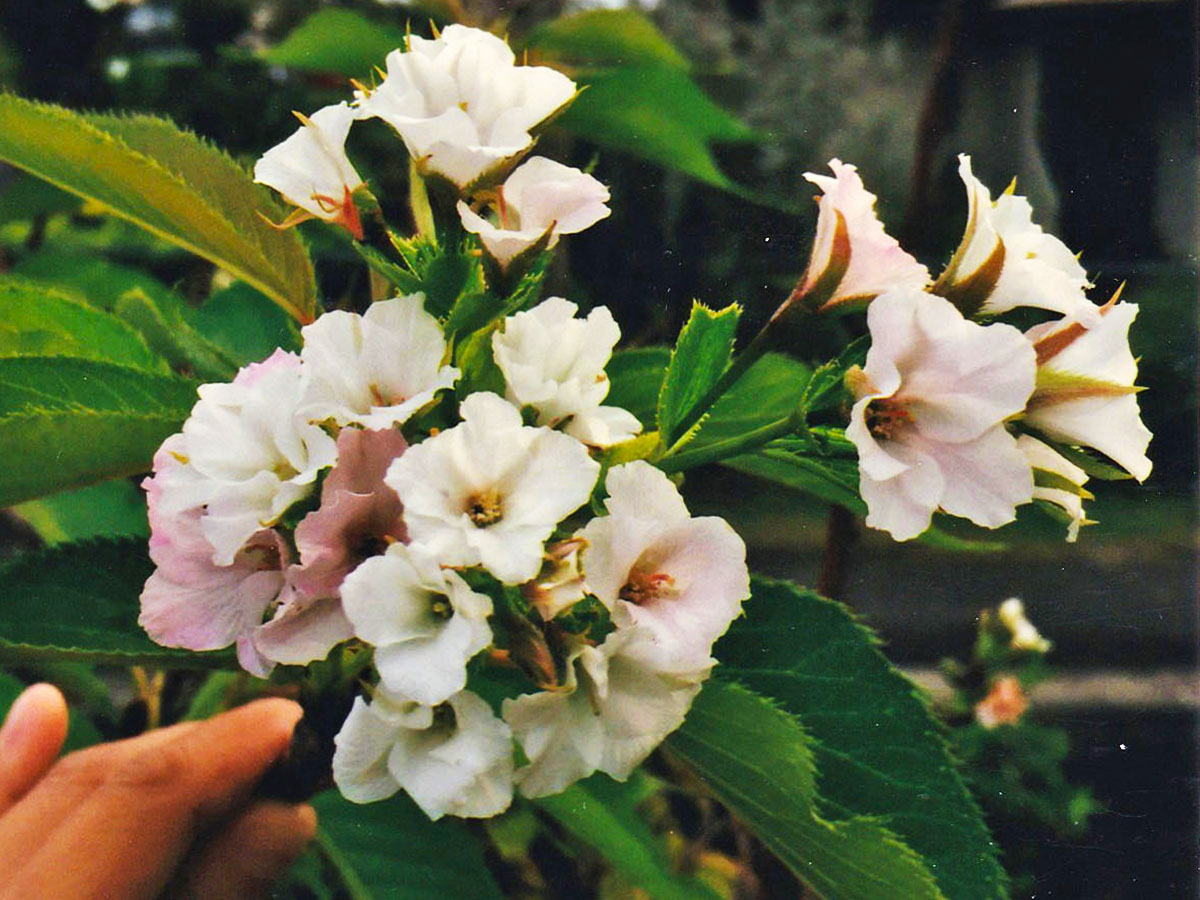 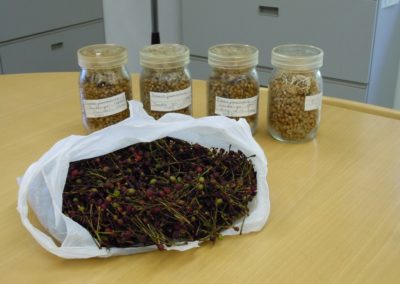 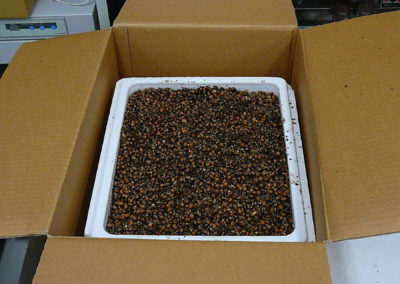 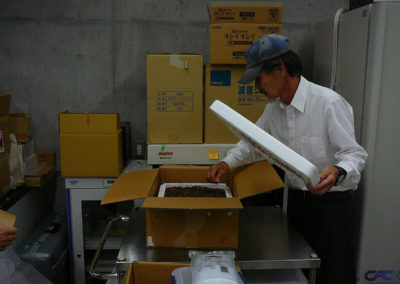 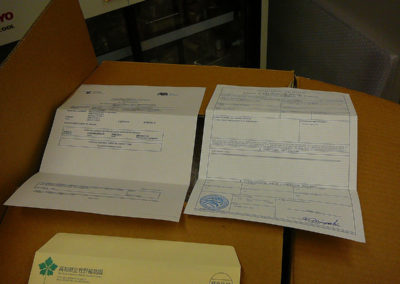 Next to Our History